An early retrospective of 2017

The typical end-of-year thingy will also happen, as it has the last five years! But this spring I stumbled upon this, and I think it has potential! Changing “travel outside the US” and “how many states did you visit” to my cases, also not changing 2013 to 2017 everywhere, but othertwise leaving it as it is.

Yes, but not exceptionally so

2) What was your favourite moment of the year?

The summer trip to the Carpathians, Shypit waterfall and the Synevyr lake. (Ahaha, sounds so weird in English!) 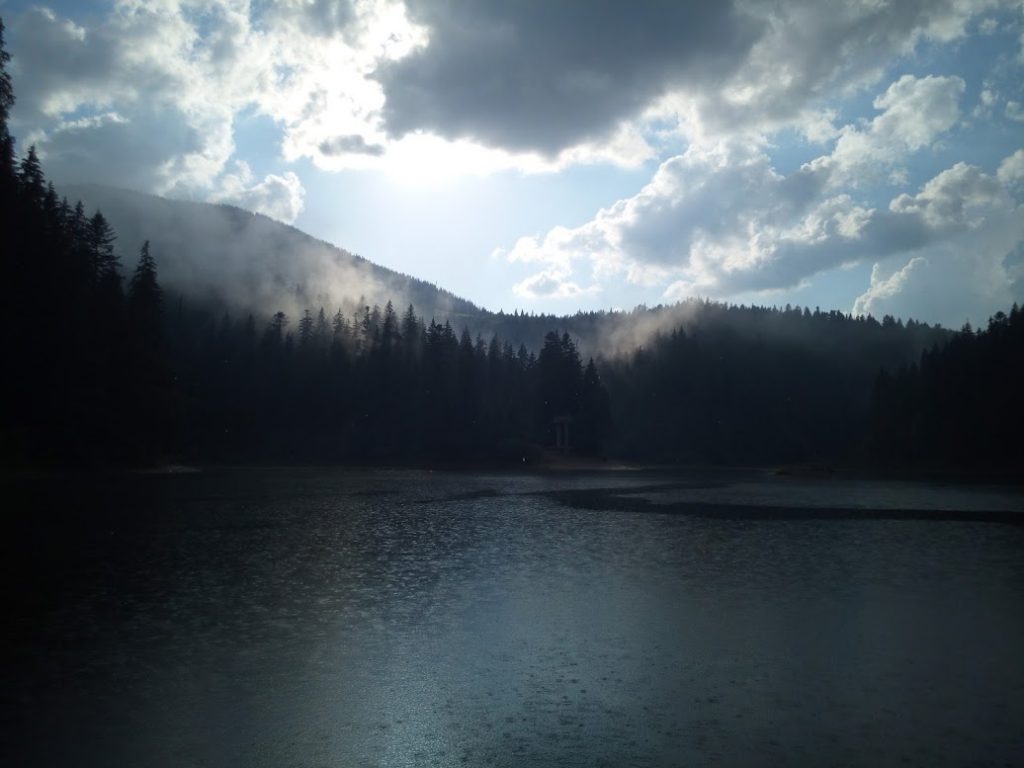 Most of my camping trips and most of the travelling was absolutely awesome.1

On a professional level, FedCSIS 2017. It made me feel with my entire skin that science is awesome and that I am mostly able to do it, if I apply myself. That it’s one of the few areas where I will be able to capitalize on my strengths and compensate my weaknesses.

3) What was your least favourite moment of the year?

Everything leading to my diploma, my diploma itself, and the horrible results I got. It put me out of balance for more than a month.

Lviv, a very nice and small apartment, with M. It was snowing, and it was absolutely wonderful.

Ukrainka, getting and unpacking presents after eating awesomely. It was incredibly nice.

Mostly not, because I can’t remember any that I did. This year won’t make this error.

Yes, but many more “discoveries” regarding people I technically knew that turned out to be awesome, once I talked to them more.

9) Did you travel outside of the Ukraine and Germany in 2017?

Yes! Quite more than usual. Italy, the Czech Republic, Belgium, the Netherlands in February, and hitchhiked through Poland if that counts.

I know I’m forgetting a lot, in the future I will keep better track of my trips. Pictures are nice but hard to navigate through.

** No one died, but I lost one person I care about.

“The defining decade” (a book I needed ot read earlier, and which influenced a lot of how I see life) and “Napoli ’44” (extremely interesting on many many levels). Honorable mention “The Gifted Adult“.

This year I actually watched more movies than before! Best one is definitely “Casablanca”.

A couple of weeks ago binged through ~12 episodes of Rick and Morty at someone’s house and enjoyed it much more than I would have expected, and actually finished watching it at home, all the 3 seasons. Since it’s the only show I watched, let it be it.

This year I discovered and thoroughly enjoyed Отава Ё.

About as much as the previous years. Nothing I would consider unhealthy.

19) Did you do anything you are ashamed of this year?

Definitely, mostly related to abandoning and ignoring people, disappearing when there were things I needed to do, etc. I can’t do otherwise. But I want to write all of them before the end of 2017 and say sorry.

Nothing I can immediately recall. I might have changed some parts of some stories I told to make the people unrecognizable and to make it harder to connect the dots, but I don’t consider it immoral or wrong. (Even though some people would).

Oh, okay, there’s one though. Won’t write it here for now.

Nothing I can recall.

Yes, again because of my disappearances. Some people were hurt.

Also no. I seem to have a talent to hang out with the right people.

More than needed on certain occasions. Will keep much more track of it in 2018. It’s one of the areas I’m least happy about this year. The week in Prague was much more expensive than needed.

TODO. Anything related to avoiding people and the floors they are on for months and accumulating guilt about it and then meeting them would fit here. Not many of such moments though, I’m good at avoiding people.

Spend more time on my diploma and get a different advisor for it.

Draw and develop my creativity more.

Went to a scientific conference! Published a paper!

Hitchhiked through a country that is not Ukraine! 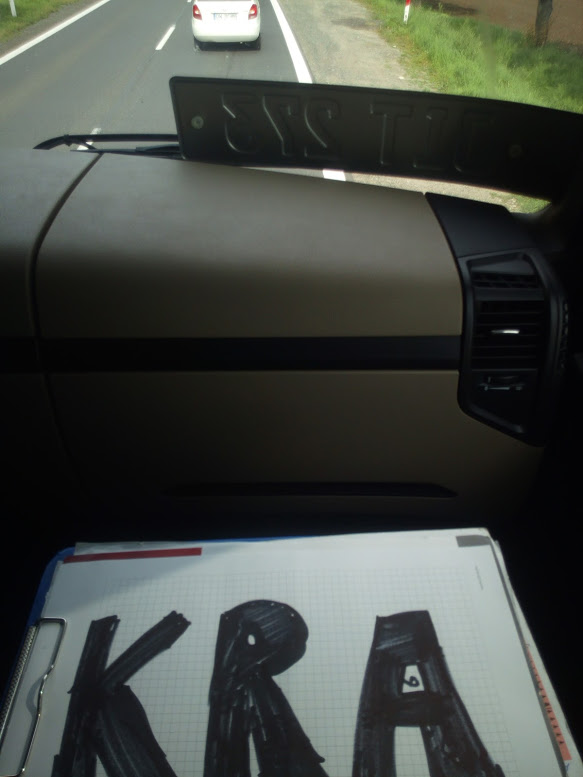 Made a keyboard layout!

Created my own shorthand system and I keep developing it!

Made a website that is mildly entertaining to someone else but me!

Worked at a bar as an Engel at 34C3! And worked in a cloakroom there.

29)Did anyone close to you give birth?

Nope. My former best friend got married to a friend of mine, though, which is nice :)

Time with my family. Depends just on me though.

31)What date from 2017 will remain etched upon your memory, and why?

19-20 March, when I got into a small-ish car crash and reevaluated by life values just a bit. Ditched Escitalopram after a couple of days. 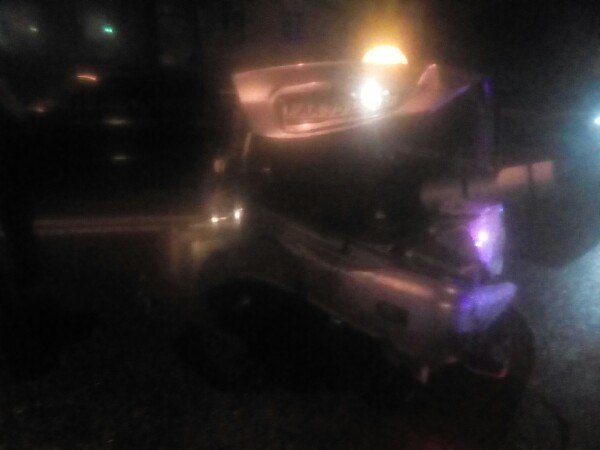 32)What was your biggest achievement of the year?

33)What was your biggest failure?

34)What was the best thing you bought?

This camping mat. Exceptionally multiuse and nice. Made my life and travels better.

36)Whose behaviour made you appalled and depressed?

37)Compared to this time last year, are you:

i. happier or sadder? Same

ii. thinner or fatter? 2kg fatter. And this is a good thing!

Spent time in bed with my phone.

40) How did you spend Christmas?

NA, but probably in Leipzig with R

41) What did you do on your birthday, and how old were you?

I turned 21. I didn’t want to do anything for anyone and keep it to myself, as is my right :) and I went for four days to Amsterdam. It was really nice.

I stated getting heavily in polo shirts and the colours gravitated to blue, dark blue, and black almost completely. Also got a really nice blue coat <3

“Stay calm and stay with people”.

44) Which celebrity figure impressed you the most?

Rest before you are tired. Balance your energy strategically. Do the things that are right to do before you feel tired and unbalanced.

47)Quote a song lyric or poem.

All day I think about it, then at night I say it. \
Where did I come from, and what am I supposed to be doing? \
I have no idea. \
My soul is from elsewhere, I’m sure of that, \
And I intend to end up there. \
This drunkenness began in some other tavern. \
When I get back around to that place, \
I’ll be completely sober. Meanwhile, \
I’m like a bird from another continent, sitting in this aviary. \
The day is coming when I fly off, \
But who is it now in my ear who hears my voice? \
Who says words with my mouth? \
Who looks out with my eyes? What is the soul? \
I cannot stop asking. \
If I could taste one sip of an answer, \
I could break out of this prison for drunks. \
I didn’t come here of my own accord, and I can’t leave that way. \
Whoever brought me here will have to take me home. \
This poetry. I never know what I’m going to say. \
I don’t plan it. \
When I’m outside the saying of it, I get very quiet and rarely speak at all. \
We have a huge barrel of wine, but no cups. \
That’s fine with us. Every morning \
We glow and in the evening we glow again. \
They say there’s no future for us. They’re right. \
Which is fine with us. \
— Jalaluddin Rumi \